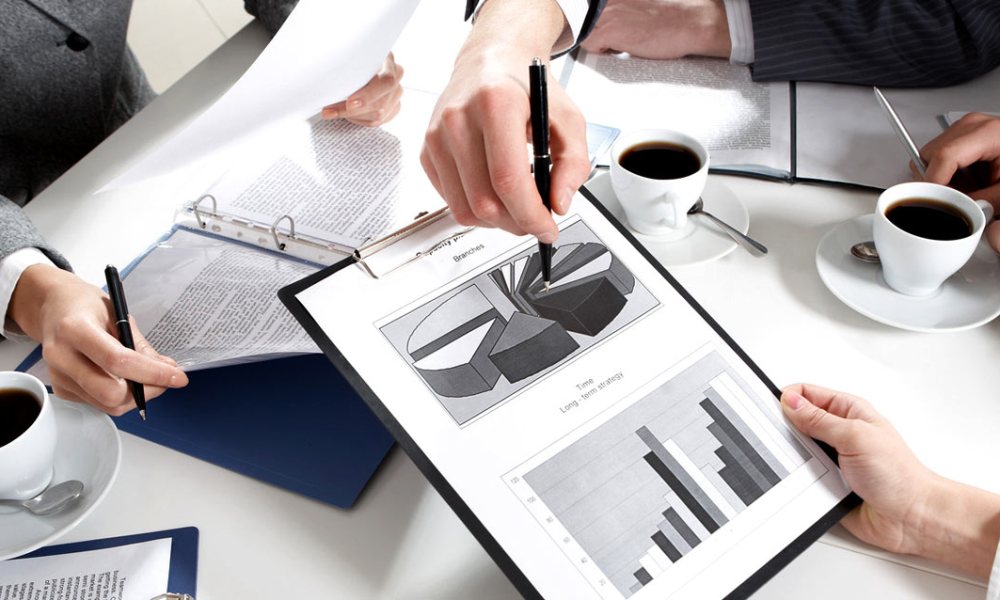 The basic actions for growing a business in any economic climate are: improve efficiency (maintain output while reducing inputs, such as time and money); increase volume (produce more in order to spread fixed costs); reorganize the business (change goals, methods and/or philosophy). “Half the population in [a] new ABC News poll thinks both job security and retirement prospects in the years ahead will remain worse than their pre-recession levels.” (“Poll: Less Job Security is the ‘New Normal,'” ABC News The Polling Unit, June 15, 2009, analysis by Gary Langer) This confidence, or lack thereof, is an integral part of an economic cycle. To ensure profitability, a company must demonstrate a competitive advantage over others in its industry, either by cost leadership (same product as competitors, lower price), differentiation (same price, better services), or focusing on an exclusive segment of the market (niche).

The analysis goes on to say, “Those diminished expectations – plus the pain of the current downturn – are fueling retrenchments in consumer behavior that could fundamentally reshape the economy.” Basically, consumers are hunkering down to limit spending, save money, conserve resources, and change the way they’ve been living. Right now, growth may sound like an unattainable goal as businesses are grappling just to survive, but hey, “flat is the new up.” If a business can keep its doors open and lights on, then it’s doing better than many others. A recession is the optimal time to reinvent competitive advantage because the pressure of a feeble economy will separate the strong businesses from the weak ones, with the weak falling out of the game entirely. Your business will be strong if you have a plan of action based upon a little industry research, an analysis of what you have and what you want, and continuous monitoring of the results of your plan.

With unemployment continuing to rise, home prices falling due to a surplus of inventory, and small business lending at a standstill, this recession doesn’t seem likely to end soon. But lights and open doors don’t make sales, so making changes that attract business is in a sense, striving for growth. It won’t be this tough forever, but for now, putting some growth strategies into action may be what keeps your business alive, if not thriving.

I hopefully my article  Business Planning For Recession Survival and Recovery can innovate your business plan for future. Read Also The Mobile Experience From Inception To Retirement

Promotional merchandising has been around for a very long time, and many items are considered staples in being able to effectively improve a company’s image ...
%d bloggers like this: