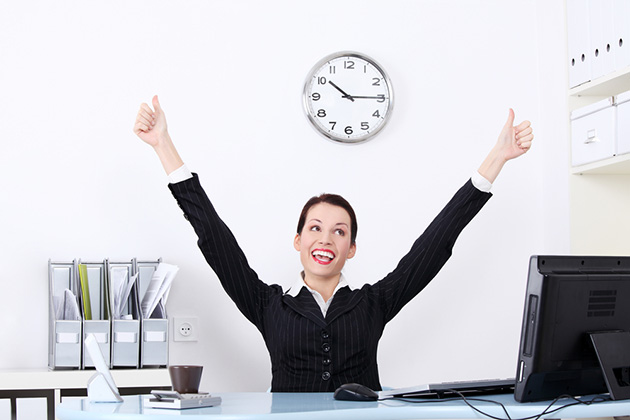 One of life’s most hilariously, ironic aspects is that, wherever you go, you’ll notice personal exceptionalism is by far the most ordinary expression of human behavior. If you understand that concept to be true, then the self-assessment data gathered by the well-known leadership and management coach, Mark Goldsmith won’t surprise you either.

Goldsmith’s data reveals the common tendency toward inaccuracy in most people’s self-image should be self-evident. But it isn’t. And maybe that’s okay, at least at the individual level in their everyday dealings.

When it comes to large-scale organizations where each individual has a personal stake in the stability of the collective, there ought to be some kind of check built in. In the case of business, Big Data as a Service and other emerging data analytics platforms offer the promise of a potential ego check, but only if business want to use it that way. Lately, many businesses have become increasingly reliant on data to drive some of their decision making. Still, some business executive are pushing back on that trend, saying human intuition and gut feeling still have an important role to play.

It seems fairly intuitive that a CEO would be a likely candidate for getting caught up in their own ego trip, casting data that conflicts with their self-image aside. A CIO on the other hand — an IT and business expert responsible for the IT infrastructure of an entire enterprise — would seem like a less likely candidate. According to a report commissioned by IT infrastructure company Colt Technology Services and reported on by CIO.com, they aren’t either.

In fact, 71 percent of senior IT executives polled said they trust their own hunches and gut instincts above all else even though 76 percent simultaneously admit their instincts are often at odds with other information sources. As the report states, “If you think CIOs are [a] rigorous, analytical bunch, think again: Many CIOs make decisions based on nothing more than hunches, intuition and [a] general sense of ‘what feels right.’”

Is This A Bad Omen For Enterprises Or Is The Role Of CIO Not Being Fully Considered?

Paul Miller, a senior analyst at Forrester Research, says yes, there is more going on. Because of rapid development tools and cloud computing as a service, IT projects launch more quickly than in years past. Where a CIO once saw career defining projects maybe once a decade, now it happens much more frequently. With the constant stream of apps, websites, and analytics projects, the work product of CIOs is much more visible, more customer-facing, which means they see more recognition when things run smoothly. In the CIO.com report, Miller said, “Clearly there is more going on — smaller projects, rather than whole-hog changes. That means that CIOs are making more decisions that matter, and most CIOs would say that that is a good thing.”

Is This Decision Making Process Robust Enough For The Digital Economy?

If CIOs rely on personal judgement, intuition, and professional experience to address big career moments, is it a sign that they are caught in the rapture of their own self-image? Not necessarily. That same Colt Technologies Services poll showed 77 percent of respondents believe their career success is defined by “moments that deliver success for the wider organization.” In the end, CIOs tend not to take data at face value. Where data is available in decision making they show little trust that it will bring insight without filtering it through their personal lenses. And maybe that means that a CIO tends to be the sort who really understands how to put data in context, and that’s the crucial element of their intuition. Maybe.

Becoming a wedding planner involves more than just planning a wedding. You must understand the business aspect of your service and learn to manage your ...
%d bloggers like this: